This series is arranged chronologically, beginning with several short, undated seminars that are probably from Derrida's first years of teaching. Folder dates indicate the year in which a seminar was given, but within the folder seminar material may precede or post-date the year of the seminar. Original page groupings have been indicated in notes within some folders when that grouping wasn't already apparent, and when Derrida made an effort to single out the pages as a group by, for example, clipping them together or wrapping a page around the group.

Where there are clearly distinct versions of a seminar or when there are virtually identical copies of seminar materials, these materials have been so noted. Any seminar notes or accompanying texts typically are housed either in a folder preceding the rest of the seminar material, or with the first copy of the seminar. Where there are several copies of a seminar, the first copy is usually more marked and obviously used. For seminars given during more than one year, material is separated chronologically whenever possible; when that distinction could not be clearly made, all material is placed under one date with a note of reference at the other date.

The locations where seminars were given are noted below when they are known for certain; more often, the schools at which Derrida taught during the seminar year are given. See the course for material. See the undated seminar on "Le Mal" for additional material that may be related. Derrida taught at the Sorbonne. Physical Description: 2 folders. Also given at the ENS. Anselme came from material for the course "Essence Existence" but seems to belong here. See also the undated seminar on "Le Mal. 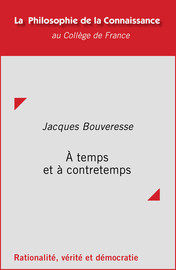 Given as the University of Chicago Carpenter Lectures. Physical Description: 14 folders. Includes manuscript of an untitled lecture.

Includes transcript of 31 Jan. This series consists of all material related to Derrida's published work. By far the largest series in the collection, it contains drafts, notes, photocopies, proofs, and offprints covering almost every work that Derrida has published.

It also contains material for interviews, conferences, international colloquiua, and exhibits, much of which is related to Derrida's published work. Since much of the material lacks a specific date, and since titles often represent several years of work for example, a draft, a few conference versions, proofs, and an offprint , the series is arranged alphabetically by published title.

For the same reasons, folders in this series do not contain inclusive dates. Original page groupings have been indicated in notes within some folders when that grouping wasn't already apparent and when Derrida made an effort to single out the pages as a group by, for example, clipping them together or wrapping a page around the group.

Versions of a text are noted when distinguishable; however, the version numbers do not necessarily indicate the chronological progression of a text. In some instances a chronology was impossible to discern. Interviews explicitly related to a publication title are filed under the title of the publication; all other interviews are filed as such.

Texts with no definite title and that are related to the Group de Recherches sur l'Enseignement philosophique GREPH are filed under GREPH; other untitled texts are filed under an appropriate title substitute, such as a conference title.

Correspondence related to a title is filed with that title, while correspondence unconnected to any title is filed alphabetically under "Letter to Derrida marked several of these cards with a symbol, and he also marked the manuscript with the same symbol to indicate where the text on the card belongs in the manuscript. Notes, version 1, photos. Version 2. Version 3. Version 4. Acts of literature Physical Description: 2 folders. Acts of religion Physical Description: 2 folders. Nick Royle, which is from a conference "Deconstruction in Finland" in Tampere.